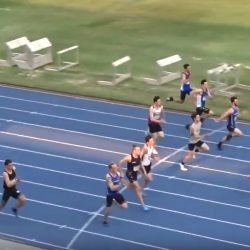 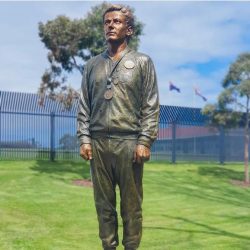 In celebration of Peter Norman Day, Athletics Australia, in partnership with the Victorian Government, unveiled a statue in honour of the 1968 Olympic sprinter in Melbourne today, and Russel Taib was delighted to be invited and able to attend the event. Norman raced to the silver medal at the Olympic Games in Mexico City Olympics Read more about Statue honouring Australian Olympian Peter Norman unveiled in Melbourne[…] 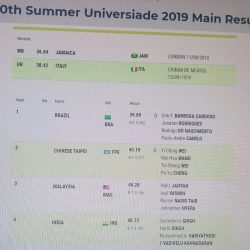 Napoli 2019 Summer Universiade. The Malaysian men’s relay team were in a determined mood to do the best for the country in difficult circumstances today as the competition was formidable with no doubt many future stars of sprinting on display and some well oiled and drilled relay teams tipped to achieve times approaching world class and go sub 40. With only Read more about Men’s 100mx4 Relay team narrowly miss out on a final berth[…] 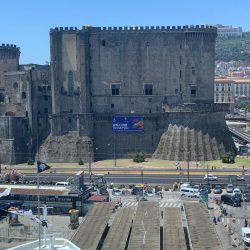 Napoli 2019 Summer Universiade Mens 200m Unfortunately Russel Taib has today been unable to compete in the preliminary heats for the men’s 200m. We can also confirm that as a result Russel will obviously not be participating in the semi and/or final tomorrow. We realise this has been a disappointment to those of you tuning Read more about Apologies to our supporters and fans[…] 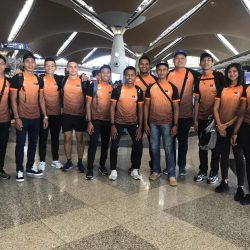 Napoli 2019 Summer Universiade After a small hiatus post Doha its been back hard at the training in Australia for the upcoming Universiade game in Italy with a few warm up races and time trials mixed in. Great to be on the final leg of the journey and preparation in KL Malaysia now, and to Read more about Back in competition[…] 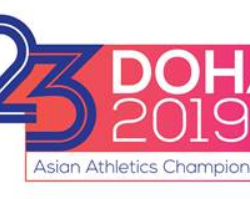 Khalifa International Stadium, Doha, Qatar. There is probably no better way to celebrate turning 21 and moving from a Junior to a Senior Athlete than gaining selection for your country at the Asian Athletics Championships, the pinnacle of IAAF track-and-field competitions in the world’s biggest continent. An achievement in itself, and great pride to be Read more about 23rd Asian Athletics Championships 21-24 April 2019[…] 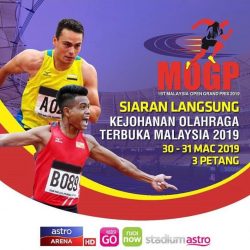 30th and 31st March 2019 Bukit Jalil Stadium, Kuala Lumpur. Russel and TeamTaib were back in the city of his birth this weekend in KL Malaysia for a homecoming celebration and a return to the international stage. Saturday saw progress through the heats of the men’s 100m to the final. Unfortunately there was no podium Read more about 1st Malaysian Open Grand Prix 2019[…] 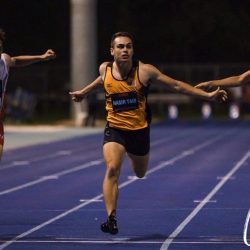 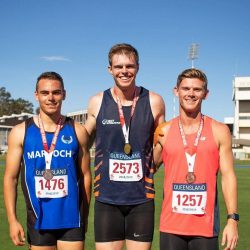 Another milestone surpassed as Russel recorded a new PB in the men’s 100m of 10.49 in the semi finals of the 2019 Coles Queensland Athletic Championships. The event provided an ideal platform to measure current progress against a very competitive field. Russel progressed to the finals of both the men’s 100m and 200m and finished Read more about New PB for 100m 10.49sec[…] 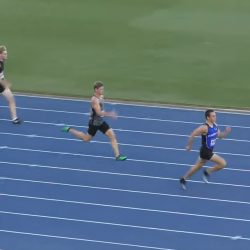 Russel and TeamTaib were delighted to compete at this years Denise Boyd Shield event having the opportunity to showcase the development that Denise Boyd as lead coach has worked hard to produce for us at her very own named athletics event. And what better way to do so than take two golds for the Men’s Read more about Proud day at the QA Shield Series Denise Boyd Shield for TeamTaib[…]